From 10-13 October, world leading experts on Maritime Law and Law of the Sea contributed to the IMO-WMU Joint International Academic Conference: Protecting the Ocean – Moving forward at 50: London Convention & Stockholm Declaration, hosted at the World Maritime University (WMU). The intent was to help raise awareness and discuss ocean- and climate-related topics under the framework of the London Convention and Stockholm Declaration’s 50th anniversaries with the objective to achieve new research insights and establish impactful actions.

The International Maritime Organization (IMO), the WMU – Sasakawa Global Ocean Institute (GOI), and The Nippon Foundation were the primary co-sponsors of the conference that included topical papers focused on the 1972 Convention on the Prevention of Marine Pollution by Dumping of Wastes and Other Matter (London Convention) and the 1972 Declaration of the United Nations Conference on Human Environment (Stockholm Declaration), as well as invaluable perspectives from distinguished expert commentators from Government Ministries, UN Agencies and Programmes, International and Regional Organizations, Academic Institutions and Civil Society.

Dr Cleopatra Doumbia-Henry, WMU President, welcomed the participants. She highlighted that the London Convention & Stockholm Declaration were the grounds for our current system of global environmental governance. However, she noted that international environmental institutions lack adequate funding and effective enforcement mechanisms. In addition, individual States are reluctant to relinquish their sovereignty and rights to pursue their own national interests, which has consequently not resulted in a reversal of trends and patterns of global environmental degradation. “This leaves us on a path toward a devastating ecological crisis. We need to strengthen the global institutions, we need the public and private sectors, the civil society actors, and individual citizens and consumers to take on far more responsibilities for environmental governance,“ said President Doumbia-Henry. More than anything else, we need effective capacity development across the Global South, so that no one is left behind.

Mr Arsenio Dominguez, Director of the IMO’s Marine Environment Division delivered the opening keynote saying, “This conference is an opportunity to focus not on what has been achieved and how we have done it, but to take that experience into what comes next.” He spoke of the significance of the London Convention & Stockholm Declaration that recognized the importance of protecting the ocean and have become the basis for successive, related efforts such as a plastic agreement discussion and GHG reduction initiatives. “We all depend on the ocean, and we need to approach it in a sustainable manner, take responsibility for damage caused, and take necessary measures for member States to protect it,” said Mr Dominguez. 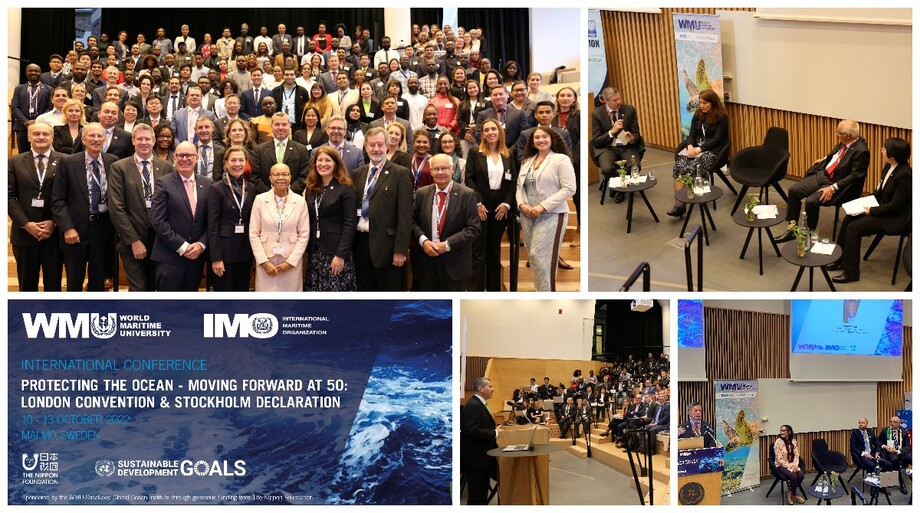 Keynote speeches were delivered by Ambassador Nancy Karigithu, Principal Secretary and Special Envoy for Maritime and Blue Economy for the State Department of Maritime and Shipping Affairs of Kenya, and Ambassador Rena Lee, President of the BBNJ Conference and Ambassador for Oceans and Law of the Sea Issues and Special Envoy of the Minister of Foreign Affairs for Singapore. Ambassador Karigithu highlighted that more effective governance, capacity building and implementation are required to protect our ocean. Ambassador Lee drew on the similarities between the negotiation of the Biodiversity Beyond National Jurisdiction (BBNJ) Agreement and the London Convention and Stockholm Protocol that are all mutually grounded in conservation of the ocean. She emphasized the vital importance of facilitating, encouraging and enhancing close cooperation across all concerned parties in order to meet the monumental objective of protecting our ocean. 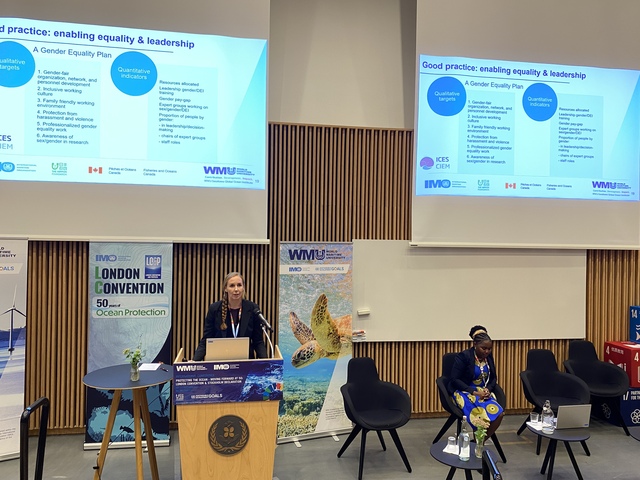 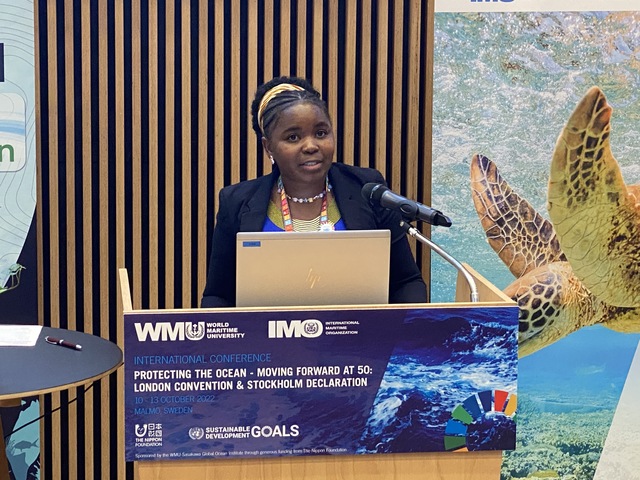 PhD candidates Ellen Johannesen and Renis Auma Ojwala both presented at conference in the section title "The People We Need for the Ocean We Want", in which they presented some of their finds so far and emphasized the importance of gender equality in Ocean Science.

Professor Ronan Long, Director of the GOI, said that the conference findings indicated that there were significant accomplishments over the past fifty years in protecting the marine environment, but that there is much more work to be done in order to ensure a sustainable future for the ocean and humanity. Many calls were made for ratification and implementation of the landmark London Convention and its 1996 Protocol. The clear message was that ensuring the protection of our ocean is not a task only for governments, politicians, and organizations. The responsibility also lies with every person on this planet to reduce waste, make informed and sustainable choices, and make their voice heard so we all demand, and ensure a sustainable future for our ocean, and ultimately ourselves.

WMU AND THE INTERNATIONAL DAY OF WOMEN AND GIRLS IN SCIENCE

WMU AND THE INTERNATIONAL DAY OF WOMEN AND GIRLS IN SCIENCE